The so-called „50+1“-Rule in German Football

Whereas TPO is usually linked with the engagement of third parties in players/economical rights of players , German Football does not provide restrictions in holding or obtaining those rights (apart from FIFA Regulations, that are of course binding in Germany as well), but has a quite unique peculiarity in terms of restrictions for  holding and obtaining rights in clubs.

Clubs,  that are organized in the legal form of an association (contrary to a company such as a Ltd., corporation etc.) are by virtue not open for investments and/or shareholders. Association are run by their boards, but all essential decision are reserved to the members’ assembly that might be composed by ten thousands of people, which of course makes it difficult, if not to say impossible to reasonably run a football club. Beneath that reason,  the number of pure associations in German Football is decreasing year by year because of  the growing interest of clubs to attract investors.

Whereas in most “big” football nations it is self-evident, that investors may hold 100% of the shares of a club that is organized as a company or at least the majority – as a minority shareholder, they hardly would have invested sums into clubs as – for example – the owners of Manchester City, Paris Saint Germain etc. did – the By-Laws and Regulations both of the German FA as well as the German Football League contain requirements regarding the “50+1”- Rule, that a club has to match to the satisfaction of the FA/the League in order to receive a license to participate in their competitions.

As a consequence arising from these restrictions, no investments that are comparable to the ones to be found in England, Spain, France and Italy, for example, can be observed in Germany.

In this article, the contents, the ratio and the efforts to circumvent the “50+1-Rule” shall be examined a little closer.

As indicated above, until some decades ago, all German clubs were organized in the legal form of an association and such by virtue governed by their members respectively the members assembly, that by law could only delegate some competences to their executive bodies. This, until today, is the ideal how a football club should be run and work, which of course today, as football clubs are huge commercial enterprises, is no longer feasible.

Whereas it is therefore accepted, that in order to ensure a professional governance of clubs, it is highly recommendable to choose a corporate legal form and thus make sure, that the members’ assembly does not have to be involved in all major decision processes, the opening to other legal forms, especially corporate forms, shall not simultaneously give the floor to stakeholders from outside the football family who might pursue completely different approaches than the genuine football stakeholders.

Therefore, and in order to keep away – as they are called in normal business life – “grasshoppers” who only invest in a company for a few years and afterwards want to extract the maximum profit achievable out of this company – the “50+1”-Rule has been introduced, that – simply spoken – requires, that whenever a club (in the legal form of an association) decides to transform into a company and at the same time sell shares to third parties in order to raise funds, in any case the club must retain 50% of the voting shares plus one more vote with the effect, that no decision can be taken against the will of the club as majority stakeholder (in that regard, it is worth noting, that the “50+1-Rule” only prohibits to transfer 50% or more of the voting shares, but not of the shares in profit, which obviously reduces the effect of this restriction, since it is a common principle and recognition, that at the end the economic power will most likely supercede the votes or – metaphorically spoken – “buy” the votes.

Yet, it has to be noted, that apart from very rare efforts and investor deals with smaller clubs, the system actually deterred foreign investors from getting engaged in German clubs and thus the effect pursued with such system, namely to avoid short time investments such as in the example of FC Malaga or clubs being affected by their investors’ bankruptcy such as in some cases in England have been successfully avoided.

It goes without saying that efforts how to circumvent the “50+1-Rule” were widely discussed. Whereas the “50+1-Rule” itself leaves no room for interpretation (there is nothing to interpret once an investor holds 50% or more of the votes), various ways of achieving at least similar effects as they go along with the majority of the votes are conceivable. That is why the German FA/the German League have a close look upon all contracts with investors and all by-laws, that grant any rights to investors that seem to be in contradiction to the spirit of the “50+1-Rule”.

For example, if the investor is furnished with a blocking minority with the consequence that he can obstruct any decision, the football governing bodies in Germany will not accept this, but refuse to license the club under those organizational circumstances.

The same consequence will be taken, if the investor gets the right to appoint the CEO and thus – indirectly – has a degree of influence the spirit of the  “50+1-Rule” doesn’t permit him to have.

In general, one can say, that whenever efforts are made, that allow the investor to take decisions also against the will of the association as majority shareholder, the FA/League will intervene. This wide interpretation of the scope of the “50+1-Rule” made it different to allure especially foreign investors, who – of course comprehensively – want power and influence within the clubs in turn for the financial investment they are making. Once being advised about the strict limitations of rights that are legally transferable to them, they often prefer to invest their money in other countries and leagues, in which no comparable restrictions exist.

4. Objections and concerns about the legal admissibility of the “50+1-Rule”

One of the major objections against this principle is, that some German clubs, especially Wolfsburg (owned by “Volkswagen”) and Leverkusen (owned by “Bayer”) are excluded from the scope of the “50+1-Rule”. The explanation therefore is quite simple: These clubs have been founded as a kind of “company sport club” at a time, when the “50+1-Rule” was not in place yet. Of course, as nearly every legal rule, it was not admissible to attribute retroactive effect to the “50+1-Rule” also regarding clubs, that were – permissibly – structured in contradiction to that rule before it entered into force. Just in order to clarify this once again, the corresponding clause in the by-laws stipulated that exceptions can be granted in cases of investors who – before 1.1.1999 – considerably supported football in the club (which obviously prepared the floor to still admit clubs such as Wolfsburg and Leverkusen who easily matched these criteria while at the same time it was avoided that any such case could occur again in the future).

Moreover, doubts were raised whether or not the “50+1-Rule” is accordance both with national as well as EU antitrust law.

On first view, no reasonable explanation can be given, why – completely different to what without doubt would be admissible in any other business branch – shares of football clubs shall not be freely tradable, unless one accepts the specifities of sport to be criteria that allow to particularly regulate this branch different from others. Of course, there is already no coherent view of the German football stake holders whether or not “50+1-Rule” is reasonable and favorable for German clubs or just the opposite, namely a competitive disadvantage compared to countries/FA’s who do not provide such extensive restrictions for TPO in clubs and thus provide more comfortable surroundings for investors.

These objections and concerns have been object of a procedure before the Arbitration Court of the German League some years ago, that will be commented below. Yet, from a counsel’s point of view, it already difficult and risky to advise a client to consciously act in violation of the “50+1-Rule” at all, having in mind the procedural impacts:

Assuming, a club would sell for example 60% of its voting shares to an investor and/or give him a degree of influence by other means that the German FA/League would consider not to be in line with the spirit of the “50+1-Rule”, this club’s application for a license for the next season would be rejected. If this club does not manage to get an injunction that provisionally grants him access to the league, this club will be excluded from all competitions, lose  its players and sooner or later by subject to bankruptcy. Even if at the end of the day a (national) court should consider the “50+1-Rule” to be void, it might be too late for that club (and its investor) to ever profit from the outcome of this lawsuit. Since there are of course also arguments that allow to defend the “50+1-Rule”, it is hardly predictable how an arbitration or state court would deal with a request for provisional measures, since – as a general rule and similar to the factors CAS takes into account while considering an application to stay an appealed decision – the likelihood of what will be the final outcome of the lawsuit will have to be considered as well as the harm all parties involved would suffer in case of granting or denying provisional measures.

Obviously, also third parties’ rights are affected (such as the club that would replace the club that acted in violation of the “50+1-Rule”) which makes the decision about a request for provisional measures in a legal question with no prejudicial awards available even more complicated and likely to be appealed with the risk of time running out even in this provisional procedure, having in mind the approaching start of the next season and the planning certainty the clubs involved must have before the season actually starts.

Last but not least, because everybody is aware of how unsatisfactory the consequences of trying to fight against the rule might be even in case of success (after years), those procedural objections have not been raised (or at least not prevailed), when Hannover 96 filed a claim to the Arbitration Court of the German League some years ago, asking the court to assess that the rules in the by-laws the “50+1-Rule” is derived from are void, after unsuccessfully having tried to find a majority to abolish or at least modify the corresponding rules.

The Arbitration stated in its decision from 2011, that the rule in its applicable wording violates  the general legal principle of equality, since no justification can be seen to erase the opportunity to match the criteria after 1.1.1999, if all other criteria are perfectly matched.

As usual, when regulations are declared void, the consequences of that decision was not that from then on investors were allowed to acquire more shares than 50% less one, but that it will be up to the German FA/German League, to replace the void clause by a valid clause, that takes into account the observations of the Arbitration Court.

Yet, at the same time, the Arbitration Court pointed out, that in principle, the “50+1-Rule”seems reasonable and – as far as it might be in conflict with national or EU antitrust Laws – also supported by acceptable approaches and drafted in a proportionate, not excessive way, left apart the cutoff date.

As a consequence, the cutoff date  has been eliminated with the effect, that once an investor has uninterruptedly and considerably supported football in club  for more than 20 years, an exception from the “50+1-Rule” may be granted to him. So far, no such case has occurred (respectively not been decided yet), but it is foreseeable, that sooner or later this will happen, maybe even along with a new attack against the “50+1-Rule” in general. 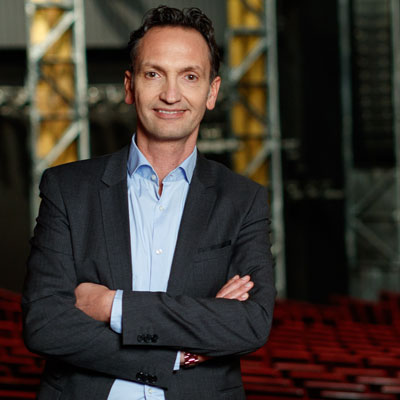